Apartments For You are located in the Old Town in Lębork, near the Castle of the Teutonic Order and the Museum in Lębork. It offers a unique interior, modern equipment and furniture, as well as free Wi-Fi.

All apartments in this building include a fully-equipped kitchenette with a dishwasher, coffeemaker, toaster, refrigerator, induction cooktop with a kitchen hood, microwave and an electric kettle. Each apartment has a 43-inche TV with the Internet access and cable TV. Bathrooms have designer decorations and are equipped with a washing machine, hair dryer and a shower. You can rent a 5-person or 9-person car on the spot. It is only 29 km to the beach in Łeba and less than 3 km to the local swimming pool. The distance to the nearest airport – Gdańsk Rębiechowo Airport – is 70 km. It should be noted that Lębork has perfect railway and bus connections with the Tricity and other towns in the region.

The Old Town is an excellent choice for those who are interested in history and like going out to restaurants in their free time.

Our apartments are a perfect choice due to their location!

Our apartments are located at the heart of Lębork, i.e. in the Old Town. Behind a corner, you will find the above-mentioned Gothic church of St. Jacob, the ramparts and the Archaeological Museum – associated with Paul Nipkow. This citizen of Lębork was one of the inventors who contributed to the creation of the television. Nowadays, you can take a closer look at his invention in the Museum in Lębork.

It is widely known that a good meal during a trip is very important. Fortunately, our apartments are located near numerous restaurants, pizzerias and confectioneries - they are within just a few minutes’ walk.
Everybody will find something to please their taste among various delights!

For sports and recreation lovers

Near the town centre, there is the Bolesław I the Brave Park. On the premises of the park, there are places for sports and recreation, you can also see rings of stones called ‘the Geats’ there. There is also a water tower erected in honour of the Chancellor of the German Empire, Otto von Bismarck, in 1912.

Moreover, it is only 29 km from Lębork to Łeba located at the seaside. If you do not have a car, you can go there by bus or train that runs in that direction in the summer. Many people choose to travel by bike, which is simple thanks to bicycle paths in the direction of Łeba.

The fountain at Plac Pokoju is illuminated throughout the season and  allows you to find refreshment on hot days, which is particularly enjoyed by children, while the music emanating from speakers makes the time spent there more pleasant for adults.

The ‘Fregata’ cinema offers the most recent screen adaptations in its repertoire. The cinema is located about 2 minutes from our apartments.

An open-air ice skating rink is located nearby in the winter season.

The ‘Rafa’ swimming pool in Lębork is 3.5 kilometres away from our apartments. 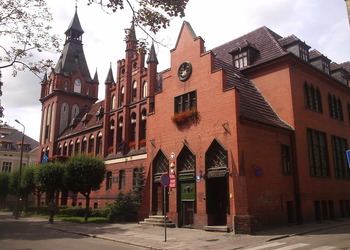 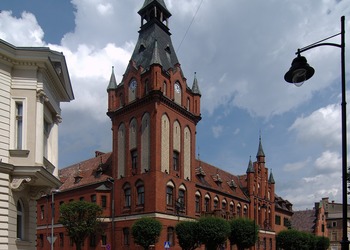 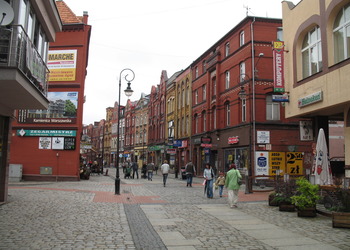 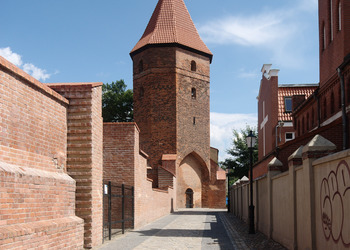 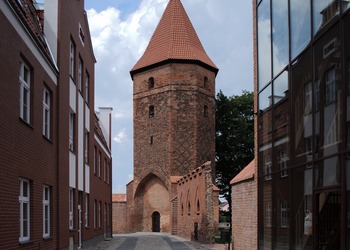 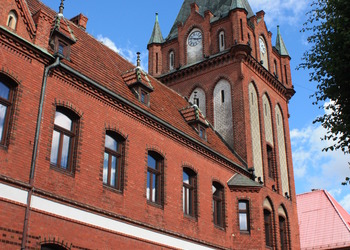 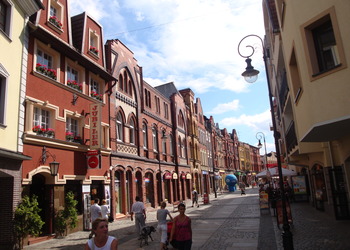 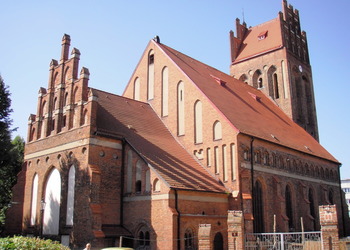